In this edition, we meet a young man with a sports injury affecting his right elbow, and learn how MR Neurography helped provide an accurate diagnosis and path to treatment for him. MRN images for this case study follow this article below.

History/background: This is a 15-year-old, right-handed male with a history of recurring right elbow pain for the past three years. The patient reports that initially it began while he was playing baseball and throwing the ball. He is now currently in basketball which has been aggravated while shooting the ball. He notes that the pain is focal to his right elbow with some intermittent tingling into the fingertips of the right hand. He notes that sometimes raising his hand in class will also aggravate his symptoms. The patient has been to physical therapy consistently 3 times a week with stimulation and massage with intermittent relief. He notes that icing the area results in shooting pain into the hand. He has had MRI, X-Ray, with no significant findings. He has had an EMG that demonstrated right cubital tunnel ulnar nerve entrapment. The patient denies any noticeable weakness. He reports his pain at a 3 out of 10 and intermittent on the pain scale.

Additional directed exam with palpation and percussion over the carpal tunnel, Guyon’s canal, mid-forearm, cubital tunnel, mid-upper arm, axilla, infraclavicular and supraclavicular regions revealed that on the right side there is mild Tinel’s over the cubital tunnel and also significant Tinel’s over the middle scalene and anterior scalene with radiation into the fingertips. Neck flexion and extension, turning to the left and right and lateral bending did not significantly affect the symptoms. There was some slight scapular winging appreciable affecting the right scapula.

Treatment plan: Based on this history, exam, data and findings, we believe the hand symptoms may significantly be affected by a mild-to-moderate scalene syndrome. It is also possible that the ulnar nerve sensitivity at the cubital tunnel is secondary to an upstream irritation at the scalene musculature in the neck. He has had a recommendation for an ulnar nerve transposition, but we will advise against that out of concern that it would limit his arm extension. An insight of decompression along the nerve entrapment is equally effective according to numerous extensive literature studies and will need much smaller operation with much more rapid recovery. The overall problem has in the past included some inflammation of the olecranon and the medial epicondyle, but that was an MRI from a year ago.

The question here is difficult and that we are not simply asking whether we can relieve an underlying symptoms, but whether it can be indeed successful as a high-performance athlete in basketball of which he has great skill demonstrated at this time, this will require; however, that this limiting elbow and neck problem be brought under control. We will plan to proceed with the intensive anti-inflammatory trial and complete an MR Neurography study to visualize the nerve in the cubital tunnel to help with the decision making. 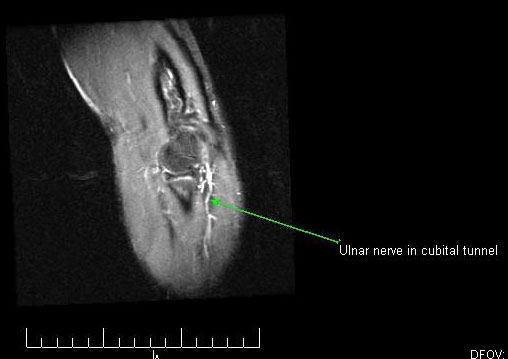 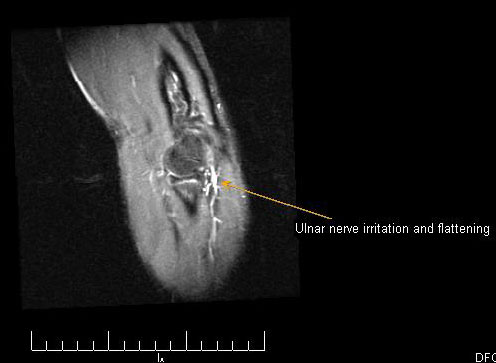 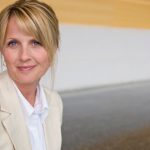 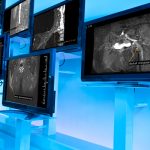