This case study features a 50-year-old man who experienced a knee injury while training for the Los Angeles Marathon. The gentleman underwent arthroscopic knee surgery and a few days later experienced swelling as a result of a post-operative hematoma. Another surgery to drain the hematoma was completed. Immediately following the second surgery, the patient experienced leg weakness and was not been able to lift his lower leg and unable to bend his upper leg at the hip. He had no extension at the hip and only voluntary foot and ankle movement.

He reported some numbness to his shin and a continuous dull pain on both sides of his thigh. He also experienced a stabbing pain to his legs with prolonged sitting. When lying down, the patient noted the area around his knee would tighten up, causing an uncomfortable sensation of having a hyperextended leg. Recently he underwent two sessions of acupuncture, which provided some initial improvement as he was able to lift his heel off the bed; however, he then since returned to his baseline. He reported his pain at 4/10 and continuous.

The patient’s treating physicians believed there could be scar tissue entrapping nerve branches in the hip or there could be a vascular impingement resulting from the hematoma. Based on the history and exam findings, the physicians were concerned that the problem involved a tourniquet type injury to the femoral nerve and its entire motor components. As time elapsed, the worry was there could be complete denervation and that the patient might never be able to recover sensory feeling and control of his leg. The patient was referred by his orthopedic surgeon to the Neurography Institute in the hope of confirming a diagnosis so that an accurate treatment plan can begin.

The course of the femoral nerve could be followed to the lateral aspect of the psoas muscle within the psoas and iliacus muscle. The nerve then showed emerging just proximal to the femoral artery where there was seen a focus of hyperintensity below the level of the anterosuperior iliac spine; however, there was no evidence of a large neuroma or any other gross disruption apparent. In fact, the nerve decreases in image intensity at this location before proceeding through the area of the inguinal ligament into the upper thigh. The image findings were consistent with focal compression, but did not suggest laceration or severe disruption of the nerve. Overall the MR Neurography appears to confirm continuity of the nerve as well.

Following the MR Neurography scan, the patient’s referring surgeon and neurologist consulted and reviewed the image findings. They were both pleased with the good image quality of the femoral nerve and believe that the MR Neurography scan provided strong support that there was no area of obvious neuroma causing the symptoms. Overall, repairs of the femoral nerve have a reasonable chance of being successful if it is primarily motor and if the distances of recovery are not great, nonetheless, with the lapse of time the muscle would become unresponsive, so it was important that the treatment process move forward.

The overall possibilities range from complete recovery to no improvement, but based on the MR Neurography images the treating physician was confident that they were on the right path and planned a subsequent nerve repair surgery.

Each month, many medical specialists currently treating patients with spine and joint injury contact The Neurography Institute to obtain support and new information about their treatment planning.

Patients who have completed spine surgery and have experienced little recovery benefit are urged to follow through with additional diagnostic testing by contacting The Neurography Institute and discussing their referral options with their physicians. 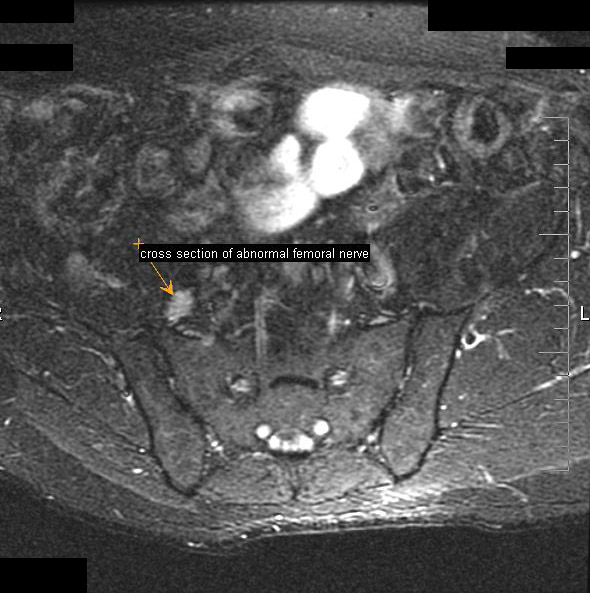 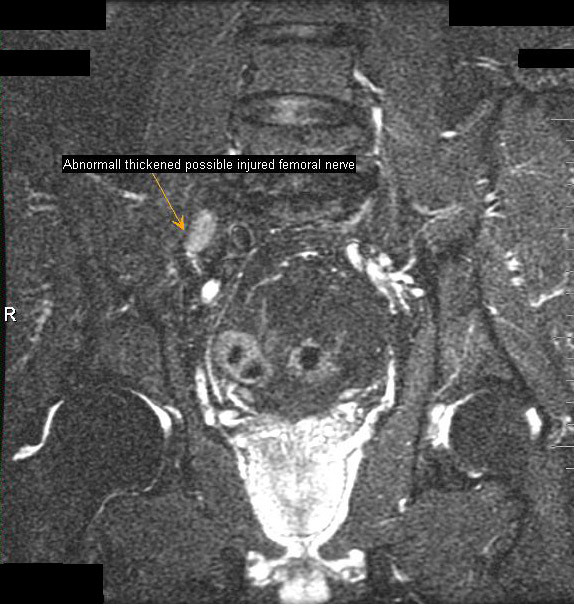 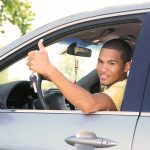 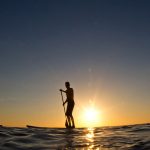