This month’s featured case involves a patient from the United Kingdom who completed MR Neurography scan in New York City and then subsequently came to Los Angeles, California, for an Interventional MRI Guidance procedure.

Mysterious Leg Weakness and Atrophy
This is a case involving a 50-year-old, left-handed male who reports of loss of strength in the left foot/ankle and atrophy in the left calf. The patient’s medical history reveals he has had a foraminotomy of the L5-S1 completed in England 6 years ago. The prior surgery corrected spine disc conditions but nerve compression from subsequent EMG testing indicates this may be factor in current symptoms.

He denies any pain or loss of sensation; only decreased strength. The patient has been performing physical therapy exercises with little effect on these symptoms. A brain lesion will be unlikely because there are both motor and sensory components. Spinal cord lesion is unlikely because there is specific area in motor and sensory, so it is almost certain to be peripheral nerve injury that is causing the loss in strength. The physical exam confirms a significant atrophy seen on the left side, which is about a 12% loss of circumference. Overall the specific cause of the problem remains uncertain.

Based primarily on the electrodiagnostics report which seemed to show reinnervation above the level of the knee. It is certainly possible that just a component of the sciatic nerve, which innervates the tibial nerve fibers to the calf muscle are involved. They could also be proximal either at the level of the spine or in the pelvis where some of the nerve elements have separated from each other; however, without a specific physical exam finding it is difficult to be certain. He did not have findings of the sciatic sensitivity in the pelvis; therefore, an unusual location between the foramen and the sciatic notch would be more likely. Based on the unusual location a MR Neurography followed by Interventional MR guided procedure would provide for greater chance of access and give a fairly immediate response to leg strength.

The MR Neurography protocol was critical to identifying the area of soft tissue injury and targeting the right nerve for injection. A series of localizing images was obtained. Once an appropriate image slice had been identified providing ready access to the area of the L5-S1 lateral marginal osteophyte, this image slice was mapped out onto the skin surface. In addition a trajectory was evaluated to traverse the distance to get access to the space through the level of the iliac crests. The location for the soft tissue injury is confirmed and his injection is carried out for the L5 spinal nerve at the level of the L5-S1 lateral marginal osteophyte. It is important to note that given the length of the procedure that an injection via CT or Fluoroscopy would have exposed the patient to over an hour of high dosage x-ray radiation. Additionally, it is significant to note that an injection carried out via ultrasound would not have allowed sufficient imaging to accurately access this location.

After the injection, the patient had some increased weakness and numbness in the short term which was primarily attributed to the local anesthetic utilized during the course of the procedure. By the second week most of that weakness is resolved and it seems that he did get a specific response from injecting near the descending spinal nerve at the appropriate location. The patient reports that he does not have pain and now that the cause of the leg weakness has been confirmed and he is planning for a minimal invasive surgical procedure to be carried out in Los Angeles.

At this time the patient reports being pleased to have detailed imaging results that confirm his diagnosis and is eager to proceed forward with surgical treatment. 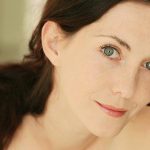 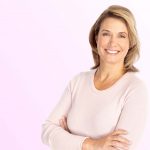