This case study features a female patient who avoided the wrong surgery through the use of MR Neurography diagnosis.

The patient first began to experience left-hand pain after an airplane trip during which she carried her own luggage. She states that immediately after taking her seat on the flight, she felt tingling and loss of sensation throughout her neck, down her arm to her left palm and fingertips.

At first she thought this might be a minor muscle strain, however after her vacation, the patient noticed that the pain did not go away.

Two months later, her left-sided pain unrelentingly continued to the point that she decided to contact a neurologist within her insurance network to see if there was something seriously wrong. Several tests were conducted, including EMG and nerve conduction without MR Neurography.

Based on these findings, the patient was told her that the cause of her pain was a right-sided carpal tunnel syndrome. A surgery for carpal tunnel nerve release was ordered.

Unconvinced of the diagnosis, the patient refused to commit to surgery and began to search online for possible answers. After dedicated research on clinical websites like the Journal of NeuroSurgery and the American Medical Association, the patient found a link to The Neurography Institute and read how MR Neurography helped to confirm the diagnosis of complex spine and peripheral nerve pain conditions.

After reading several peer review professional research papers supporting medical necessity for this test the patient made an appointment to see her local doctor for reconsideration.

She convinced her doctor to order the MR Neurography and this time he saw what the EMG/NV testing had missed. The MR Neurography showed definite nerve irritation in the left brachial plexus and nerve distortion in the thoracic spine. The neurologist was pleasantly surprised at the imaging details and was able to modify his treatment plan for the patient which did not include a carpal tunnel surgery.

Now, six months after the onset of pain, the patient reports that she is much better and that the constant pain has been reduced to intermittent periods lasting only a few minutes per day.

The Neurography Institute congratulates this patient for diligently researching her pain symptoms through professional clinical websites until she found the answer to her unconfirmed diagnosis. 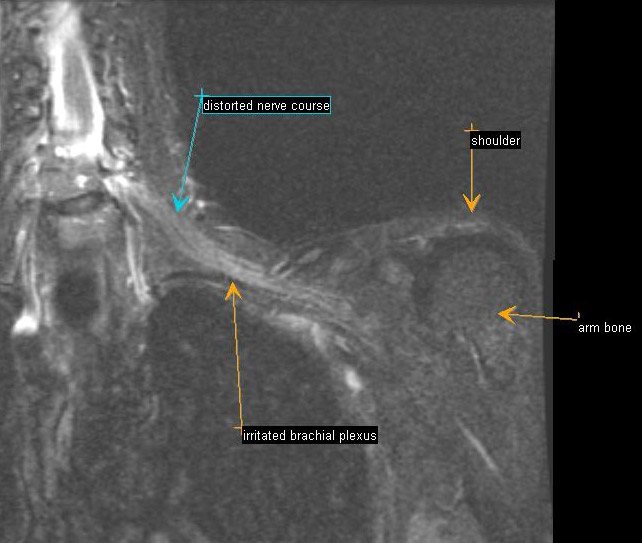 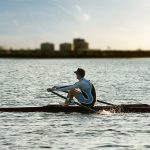 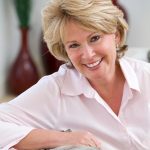 Is it Piriformis Syndrome?Case Studies