In this edition, we focus on a male who suffered a skiing knee injury that resulted in foot weakness. The use of MR Neurography was instrumental to not only an accurate diagnosis but also successful outcome.

History/background: This is a gentleman who suffered an injury to his left knee while snow skiing. He suffered a significant fall onto his leg with an immediate disruption of the knee and immediate onset of foot weakness. There was considerable swelling and discoloration from a hematoma in the knee. His knee had been in a brace. There had been some only very slight improvement in the ability to move the foot. He has weakness for dorsiflexion of the ankle and for moving the toes. He has been evaluated by an orthopedic doctor and a repair of ligaments of the knee has been recommended. However, there is concern of nerve involvement as well. Electrodiagnostic tests carried out have demonstrated a connected, but abnormal peroneal but also tibial component function.

Physical Exam: On physical exam, he is wearing a brace on his left knee with extensive swelling and a discoloration associated with hematoma in his knee and legs and mild swelling is present as well. His neurologic exam: unremarkable for cranial and upper extremity. Sensory testing for the left foot reveals patchy deficits primarily in deep peroneal more than superficial peroneal distribution with near, but not complete weakness for dorsiflexion and forefoot eversion and some weakness for inversion as well. Palpation and percussion reveals positive Tinel’s at and just below the level of the fibular head, but not above the fibular head in the popliteal fossa.

Treatment plan: Based on his exam and history, it is certainly possible that the disruption of the knee associated with the injury has led to some ongoing entrapment of the peroneal nerve at the knee. There may alternately simply have been a mechanical trauma or bruise to the nerves that will recover spontaneously. However, because of the planned surgery for the knee ligaments and cartilage, it is entirely reasonable at this time to inspect and evaluate the peroneal nerve from the level of the bifurcation through descent past the fibular head in order to assess its integrity and assure that there are no adhesions. We will proceed with an MR Neurography to further evaluate nerve injury.

MRN Results: The anterior tibial muscle compartment shows hyperintensity consistent with evidence of denervation changes in the muscles of this compartment. The peroneal nerve demonstrates marked increase in image intensity beginning at the bifurcation of the sciatic nerve and continuing to a point of maximum caliber and maximum intensity as it crosses the biceps tendon at least 2 cm above the fibular head. Less severe hyperintensity then continues as the nerve traverses the fibular head. There is no discontinuity. There is no gross abnormality within the tibial components.

Impression: Entrapment of peroneal nerve at the level of biceps tendon with denervation changes of the anterior tibial muscle compartment. 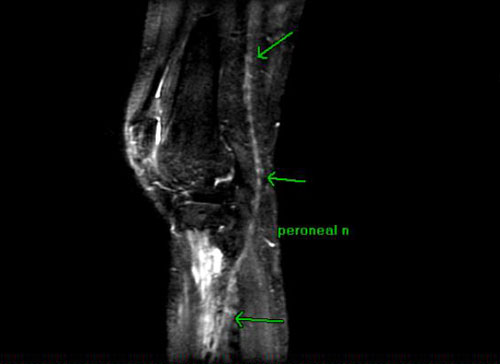 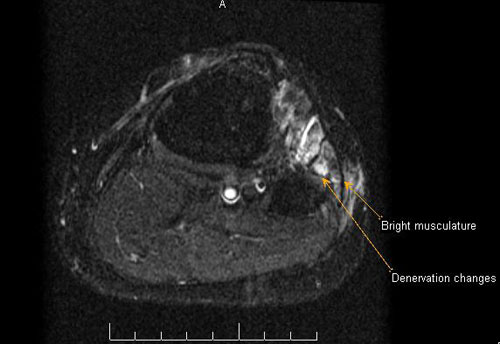 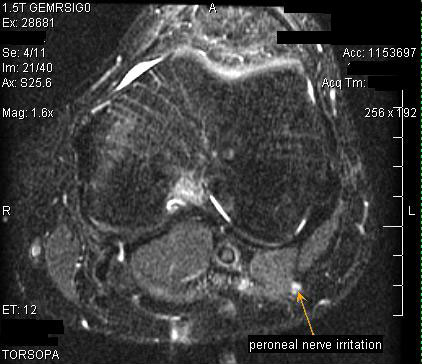 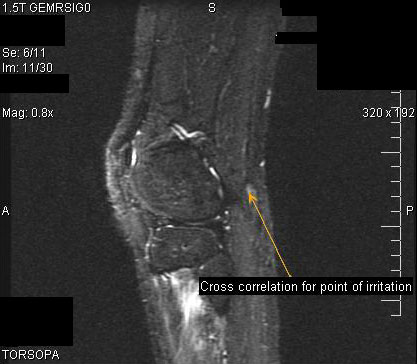 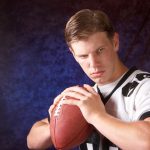 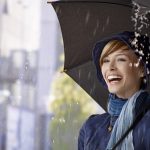